The “useless machine” is a classic DIY project. It’s a box with a single switch. When you press the switch, the box extends an arm and turns it off. It is truly a masterful representation of existential ennui in the 21st century. Let’s make an excessive version of it. 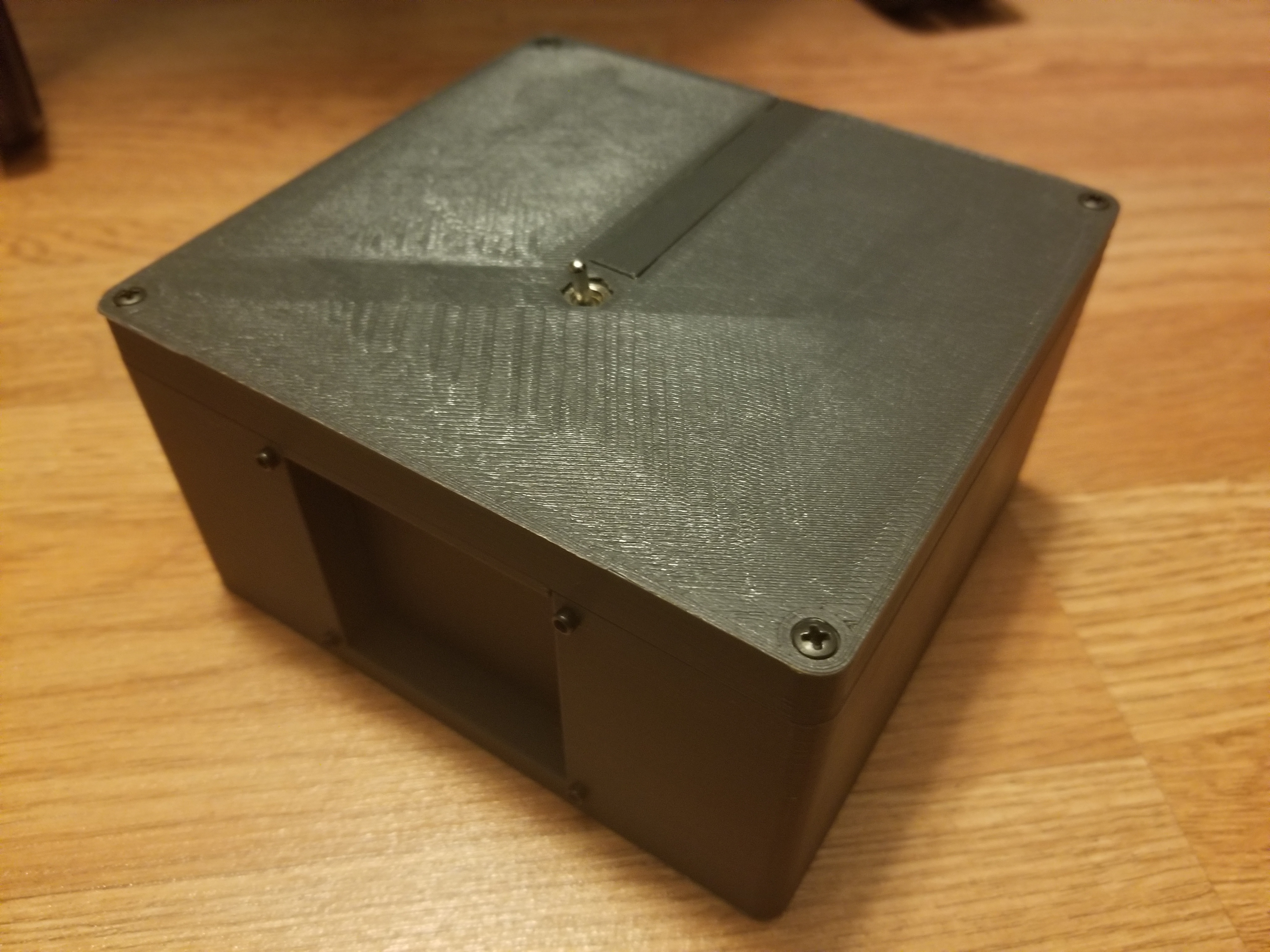 I made cute cube with a close friend of mine; she wanted to learn more about DIY, so I agreed to show her the ropes. I took charge of the mechanical side and she tackled the software. 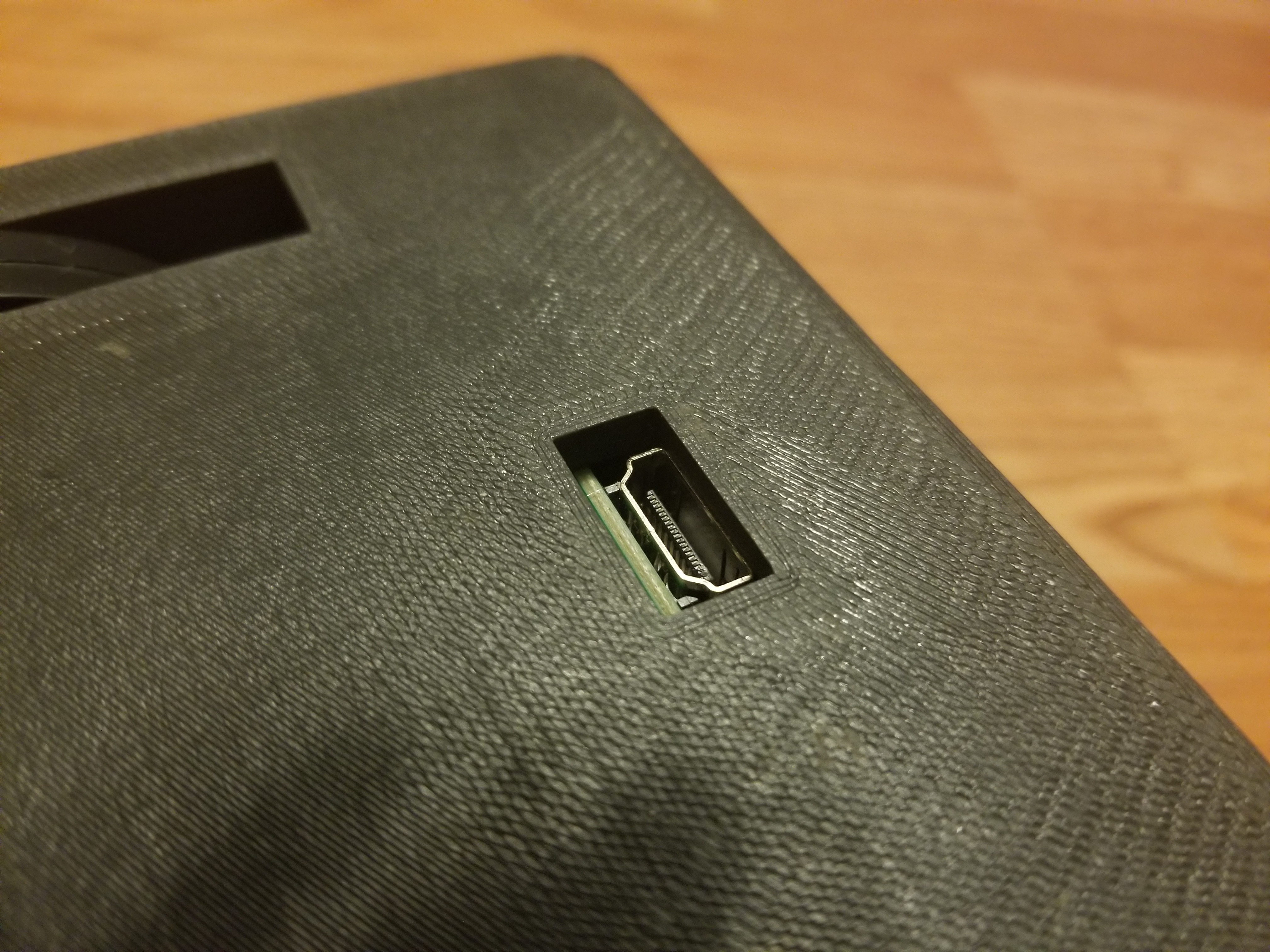 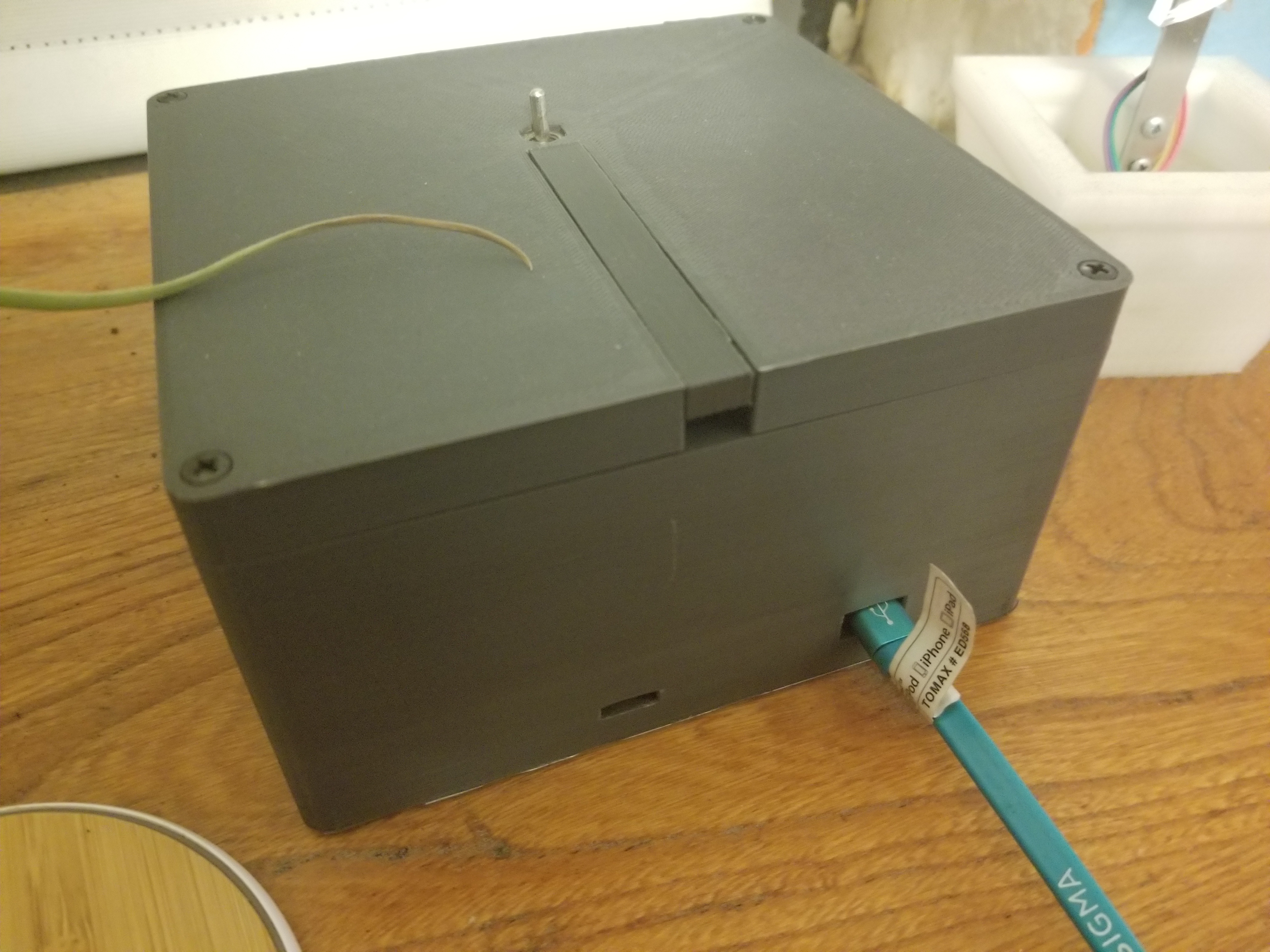 The finished project doesn’t look like much, but the mysterious HDMI port and usb cord are a little suspicious. This video should reveal why.

What’s all the extra stuff inside it? Unlike the standard useless machine, this little box has: 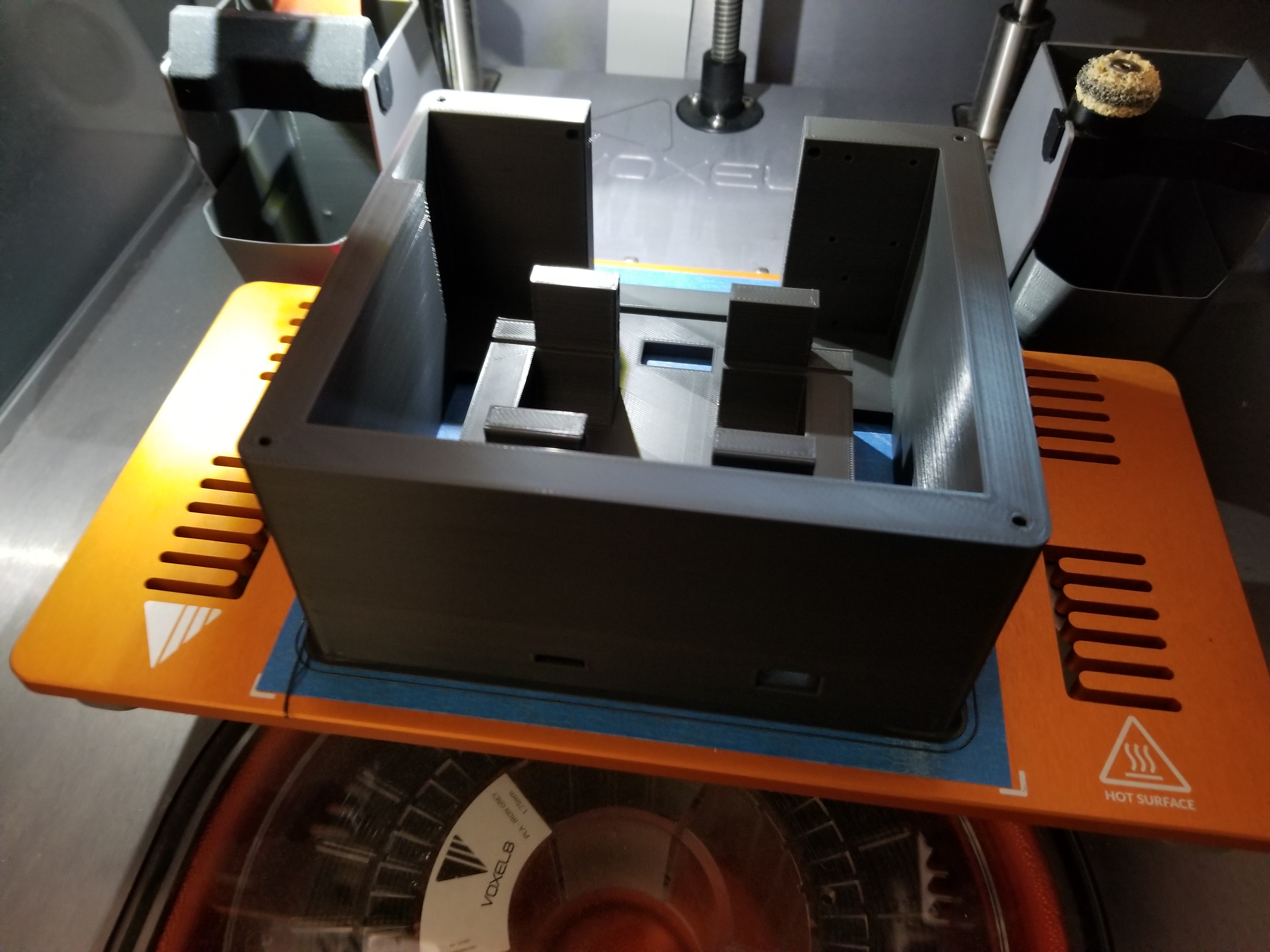 I didn’t have a lot of time to finish this project, so I decided to 3D print every part for convenience. It took 30 hours to print everything (!), but everything ends up fitting in its own unique pocket. 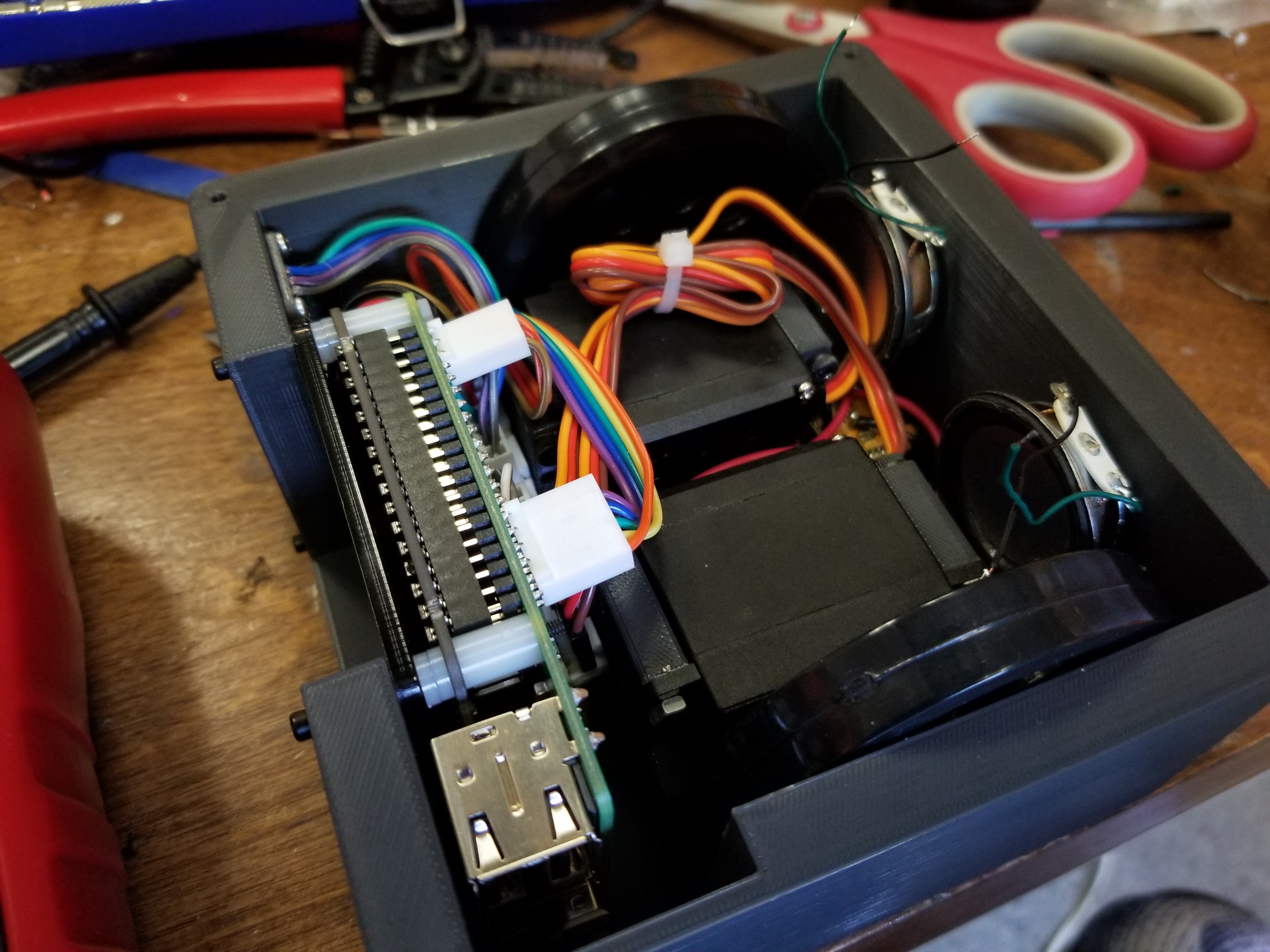 Stuffing all of this hardware into a teeny box was a challenge. It took a little “encouragement”, but it all fit under the lid. After programming was finished, the cube was ready.