A head-pointer is a little-known tidbit of technology used by those with limited control of their extremities. It consists of a stick (often with a capacitive stylus attached) that is secured to the head of a patient. Using this stick, a patient can operate buttons, keyboards, tablets, and more using only their neck muscles. 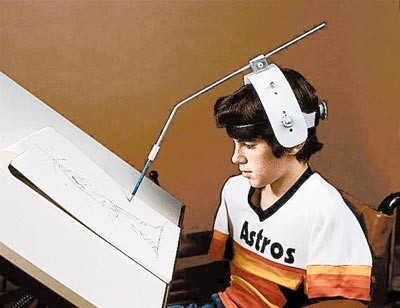 Head pointers, unfortunately, are neither elegant nor comfortable - most seem modeled after 15th century torture devices. My team at ATHack 2017 was challenged to design a stylish head pointer for a patient named Meri – in 24 hours, nonetheless.

We decided to disguise our head pointer as a baseball cap with a removable pointer. We embedded a construction helmet harness within the cap to make it capable of “clamping” onto a patient’s head and added a reinforcing aluminum sheet to strengthen it.

The head pointer was built out of acrylic and brass square tubing. A tiny ball-bearing mechanism built into the hinge lets the head pointer pivot at discrete steps with an audible “click”. Small wires within allowed the capacitive tip to make contact with Meri’s body (and earth ground).

The finished product won third place at ATHack – and more importantly, it brought a smile to Meri’s face! 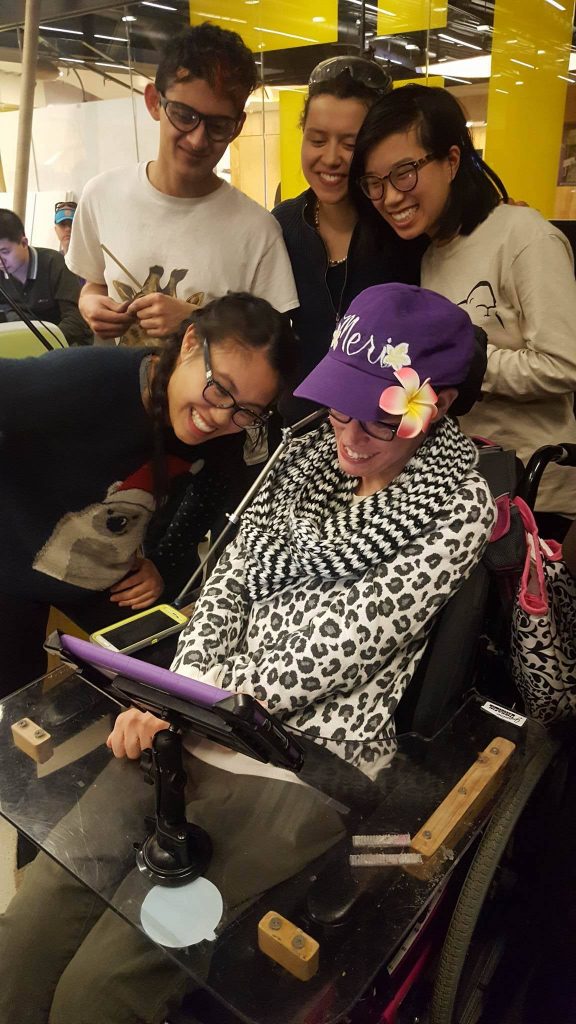