Some projects are born of meticulous planning. Others are born out of boredom. Witness the latter with the following project:

One Thursday night, a group of friends and I decided to build something “flashy” (as we put it) for our hall. We weren’t sure what we wanted to build, but we knew we wanted to spend nothing on it – and for it to be very bright. We spent the next 30 hours constructing it. No breaks were taken nor wanted.

“Pi Tau Zeta” is the name of our hall’s alter ego as a hypothetical fraternity. Each letter is backed by a string of individually addressable LED lights and a 30W LED blinder. The entire setup can be controlled by DMX stage software so as to flash in rhythm with music. 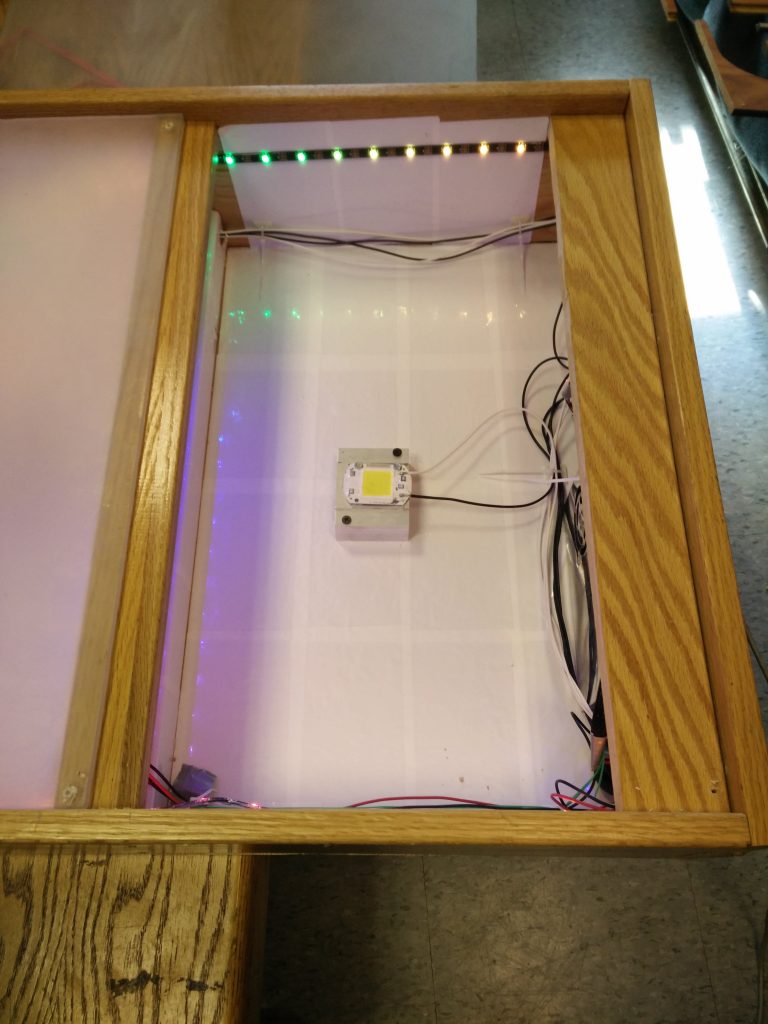 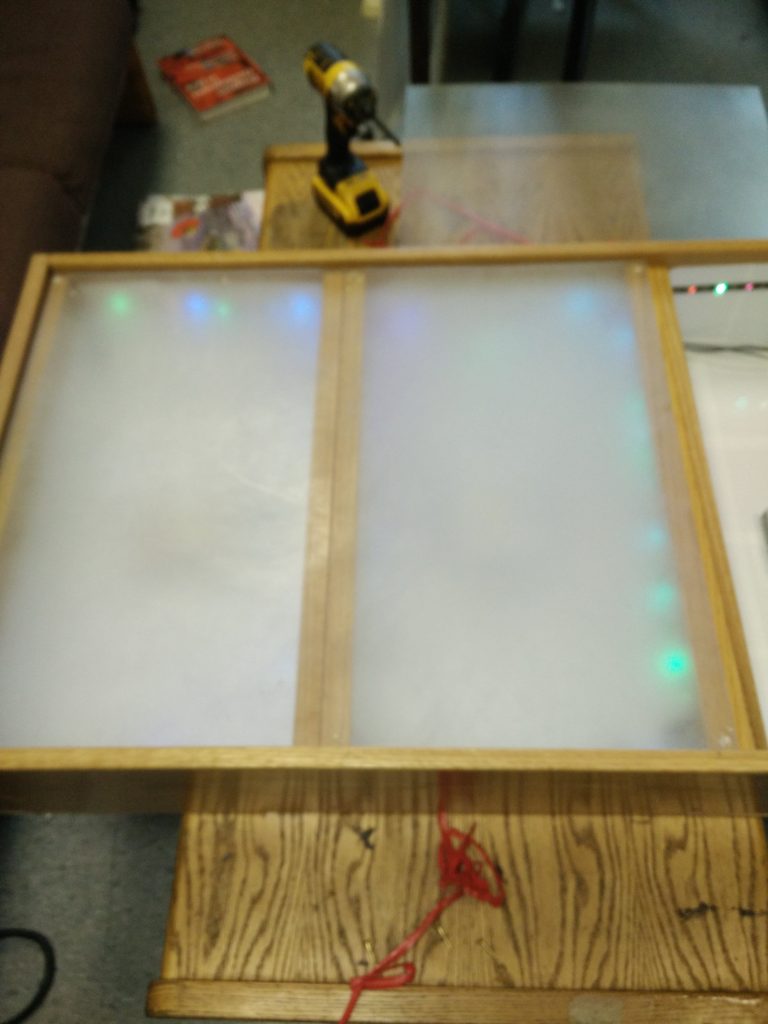 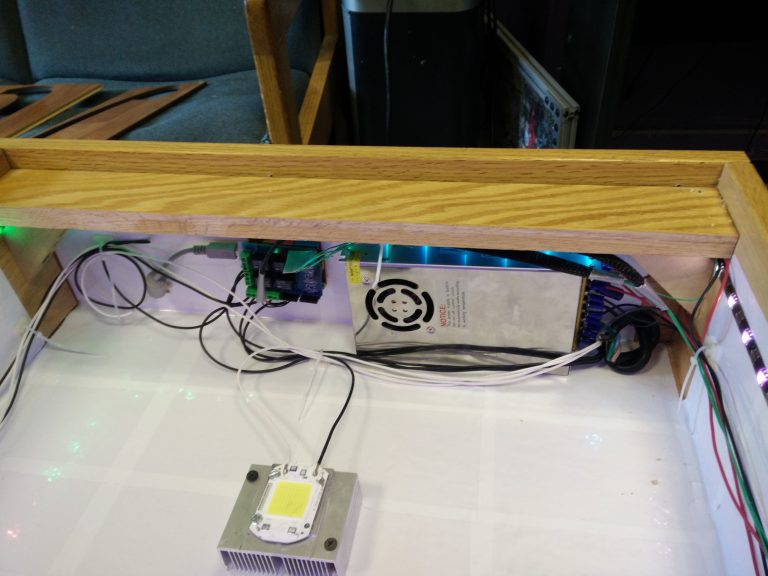 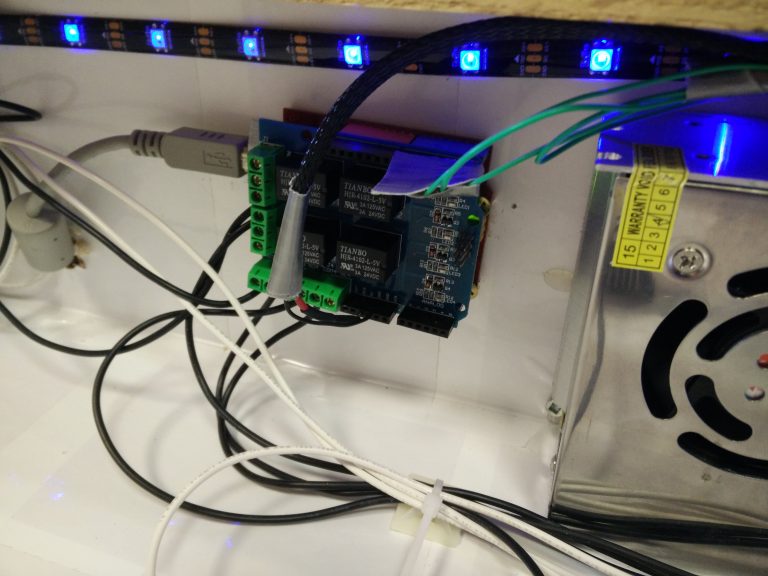 The LEDs were pulled out of old projects of ours that had no more use for them; all of the electronics after that were simply pulled out of the trash. The project now sits proudly on our hall and burns holes in the retinas of passerby.