The goal of this robot was to see how effective a unibody CNC’d frame would be on a battlebot. Most frames seem to break at the joints, so removing joints should theoretically make for a stronger battlebot. The second, hidden goal was to see how “easily” a CNC’d robot could be made. There are only two unique CNC’d parts on this robot due to symmetry, and each one only needs ops from two sides.

I started this project two days before MassD as a diversion from endless schoolwork, so the “easiness” aspect was definitely necessary. 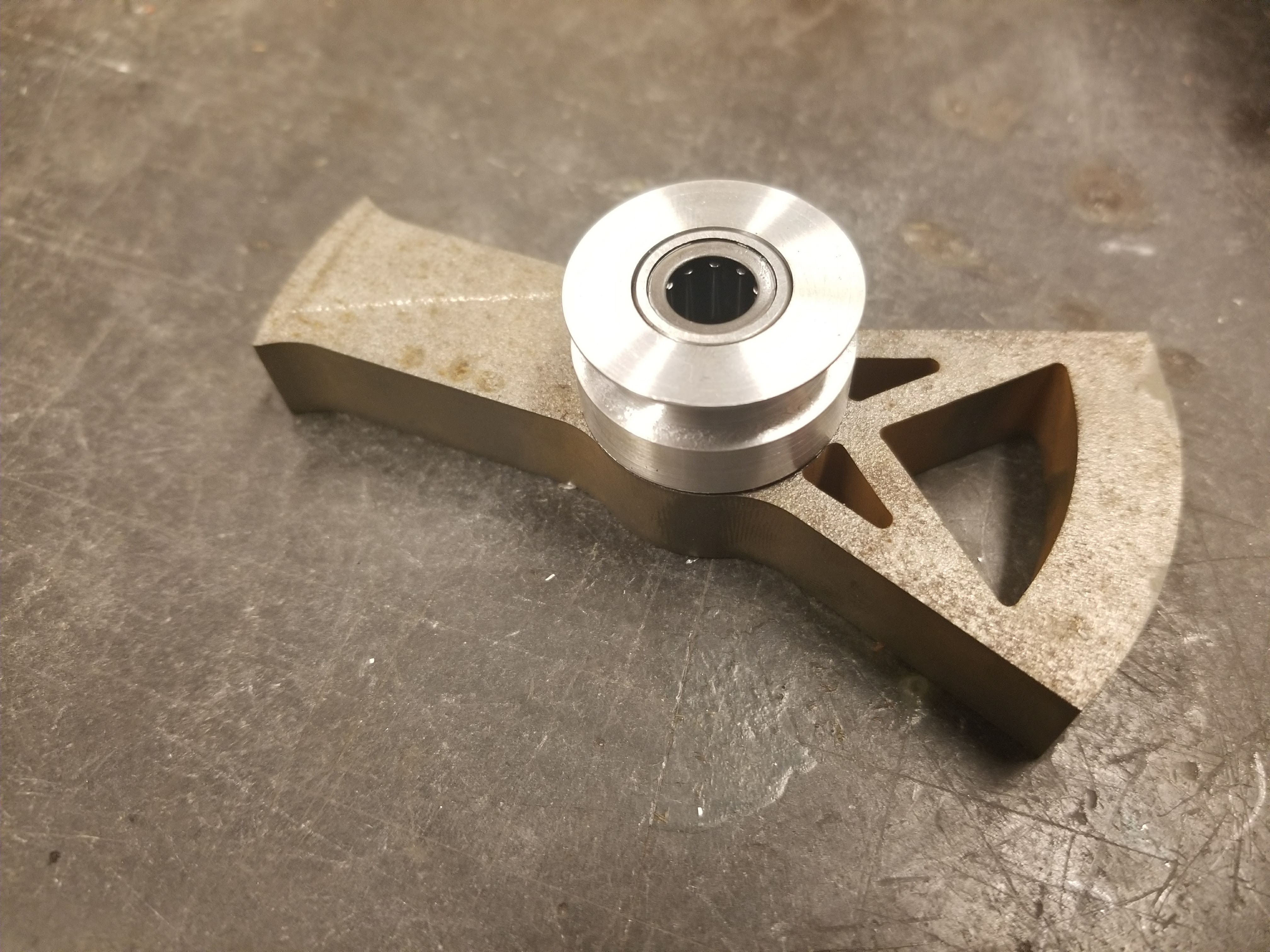 The weapon pulley, being the only manually turned part, ended up taking most of my time. 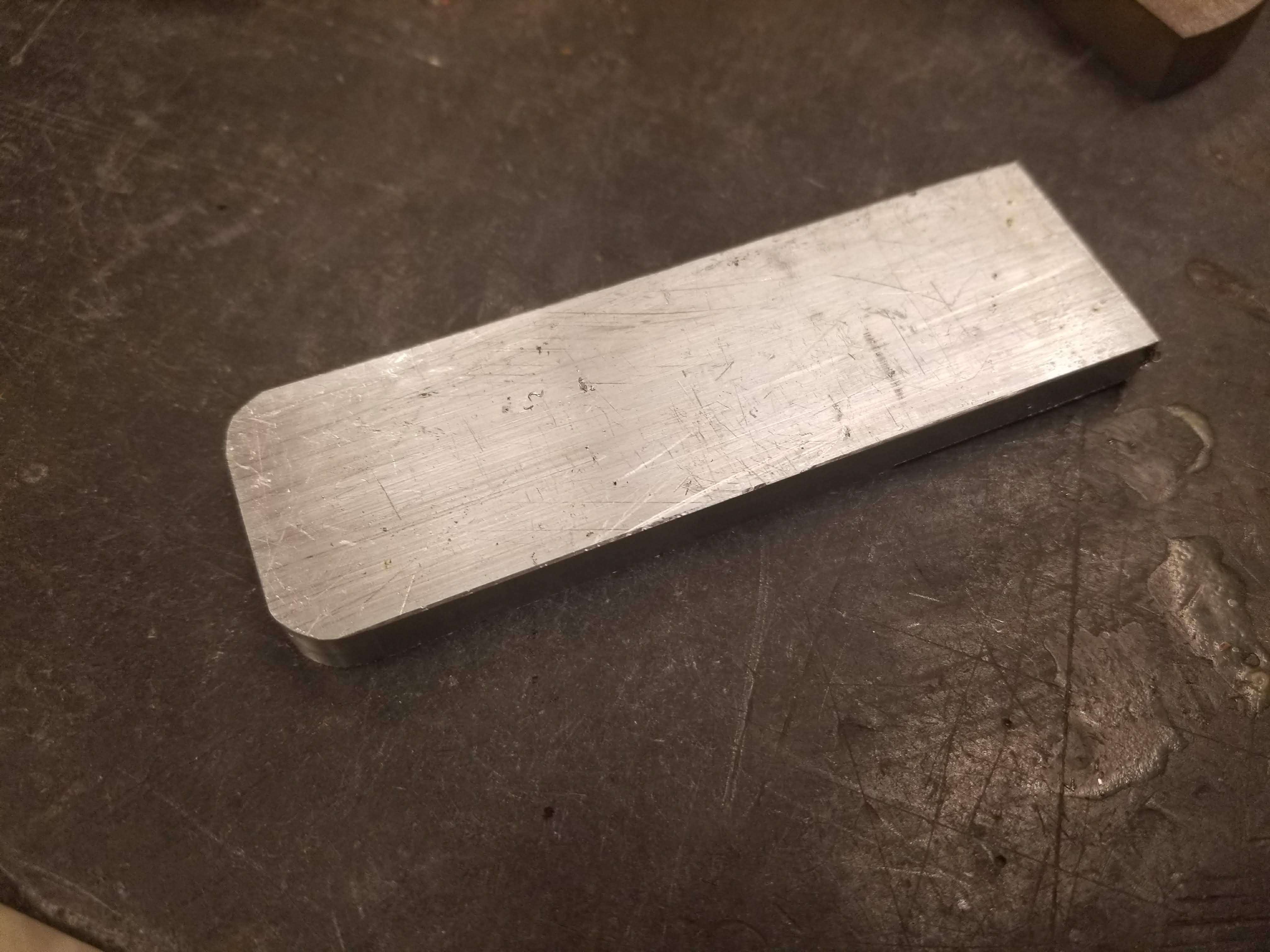 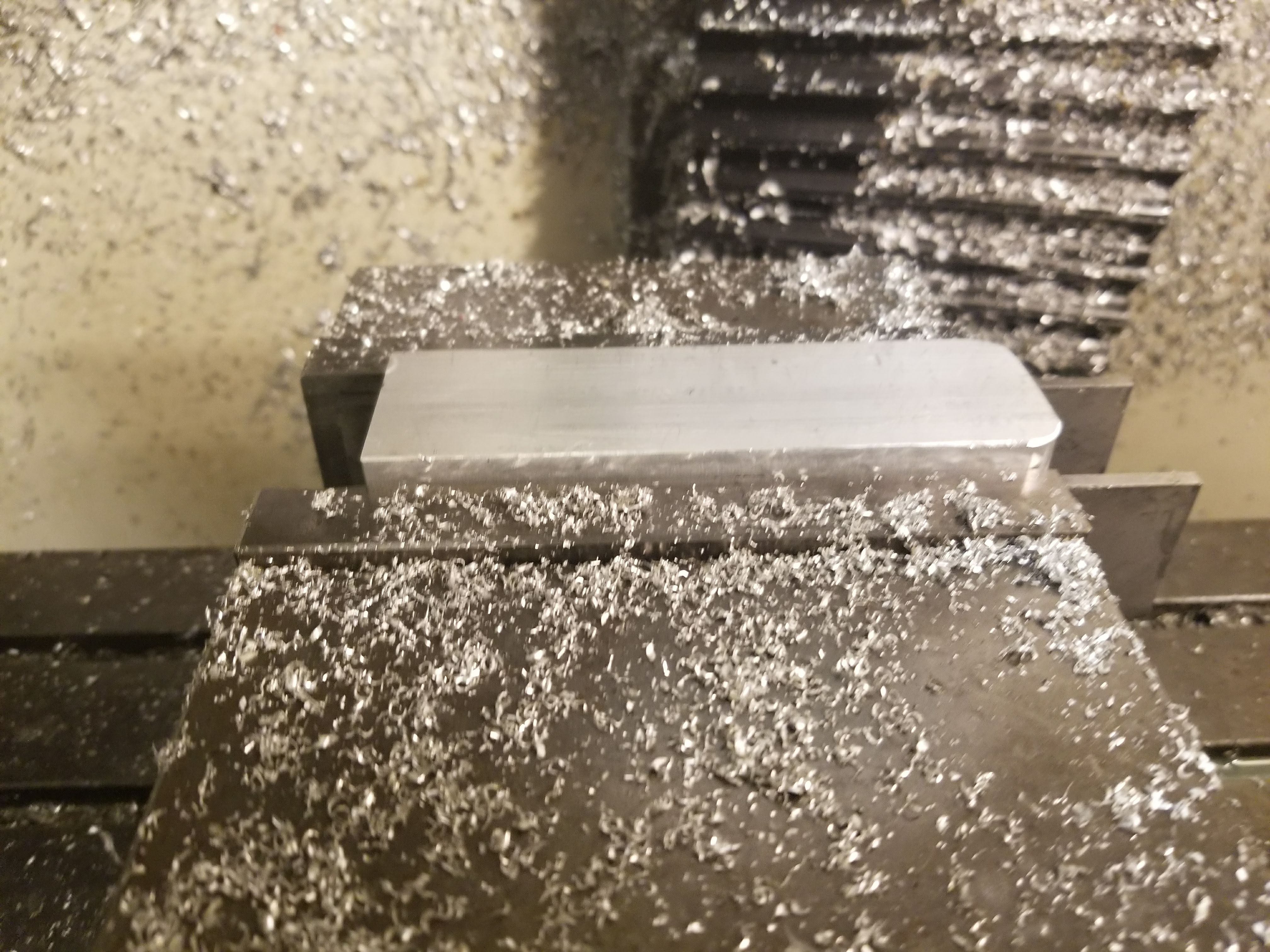 The frame rails are carved out of a wee block of billet. 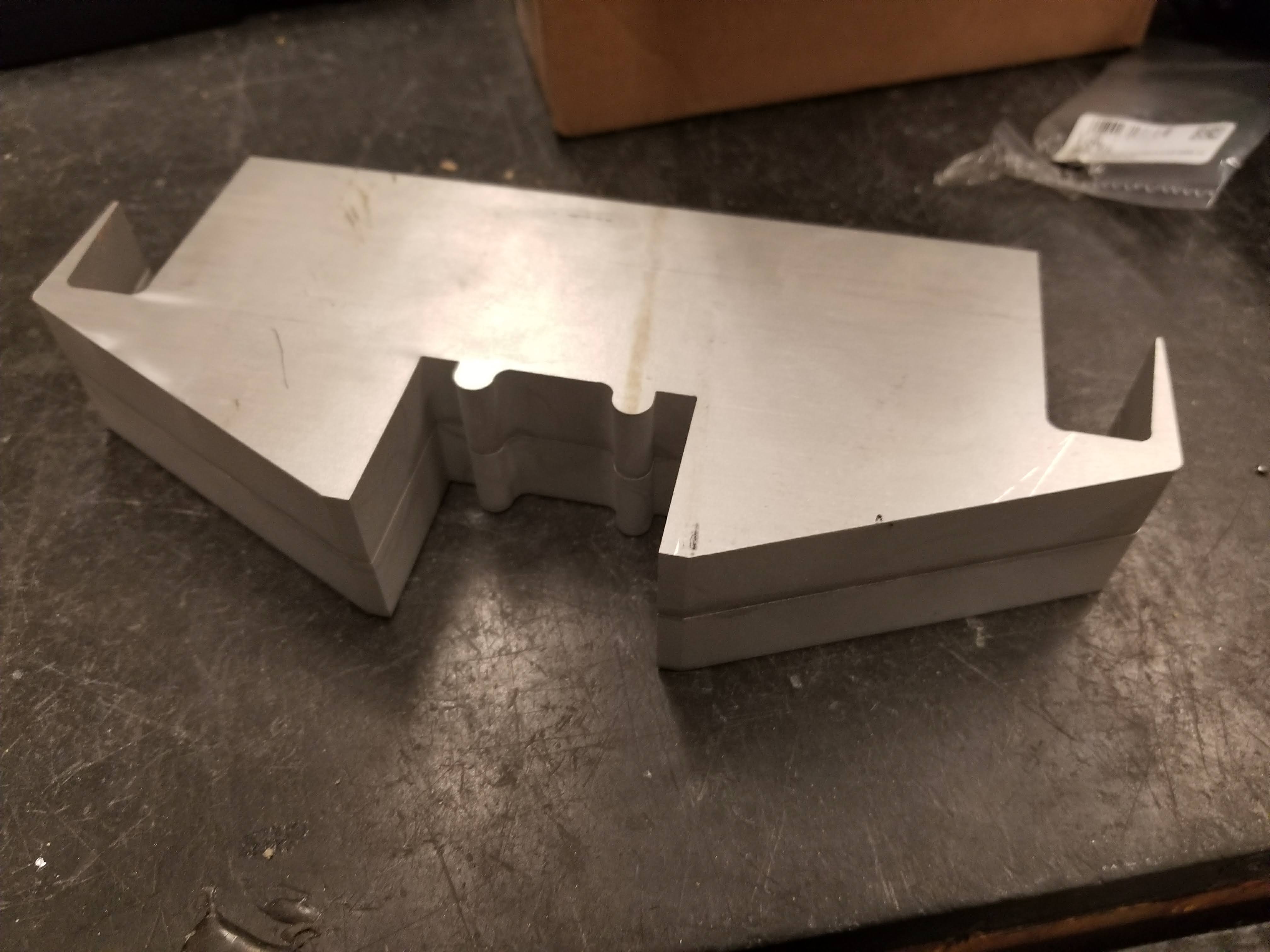 The main hull is carved out of a not-so-wee block of billet that was waterjet out of 3/4” plate. 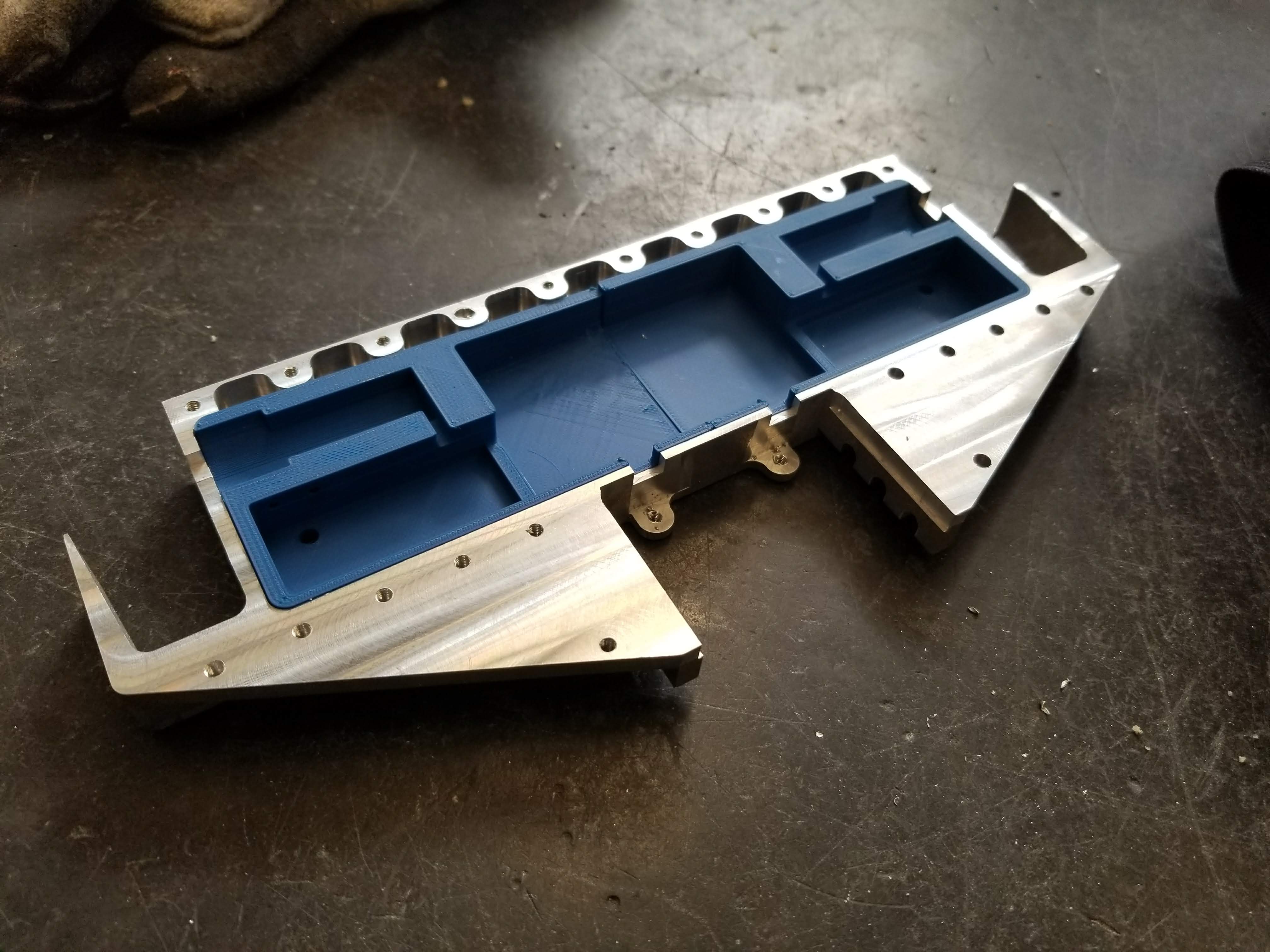 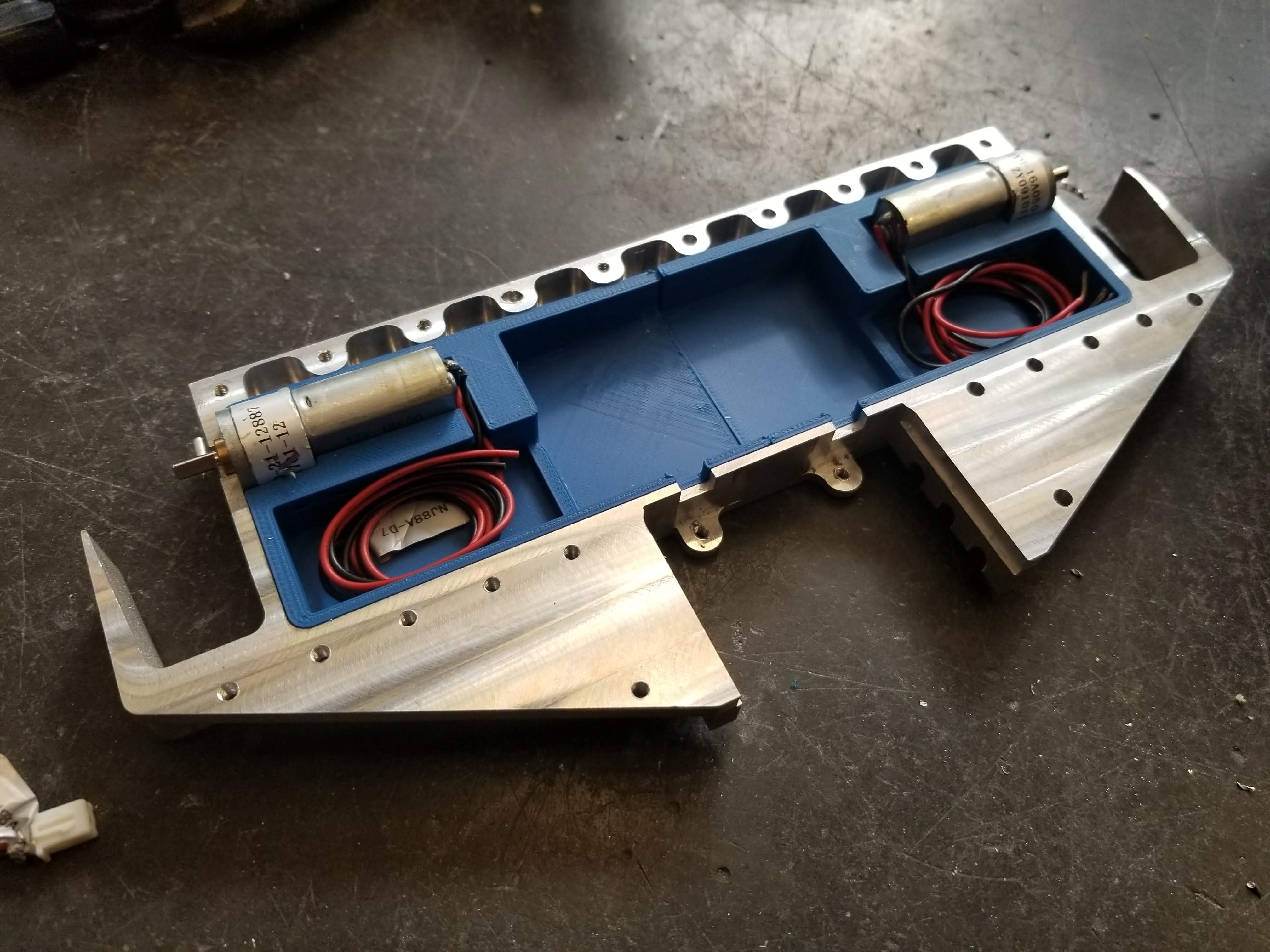 A 3D printed liner sits inside the final milled billet and protects all of the guts. 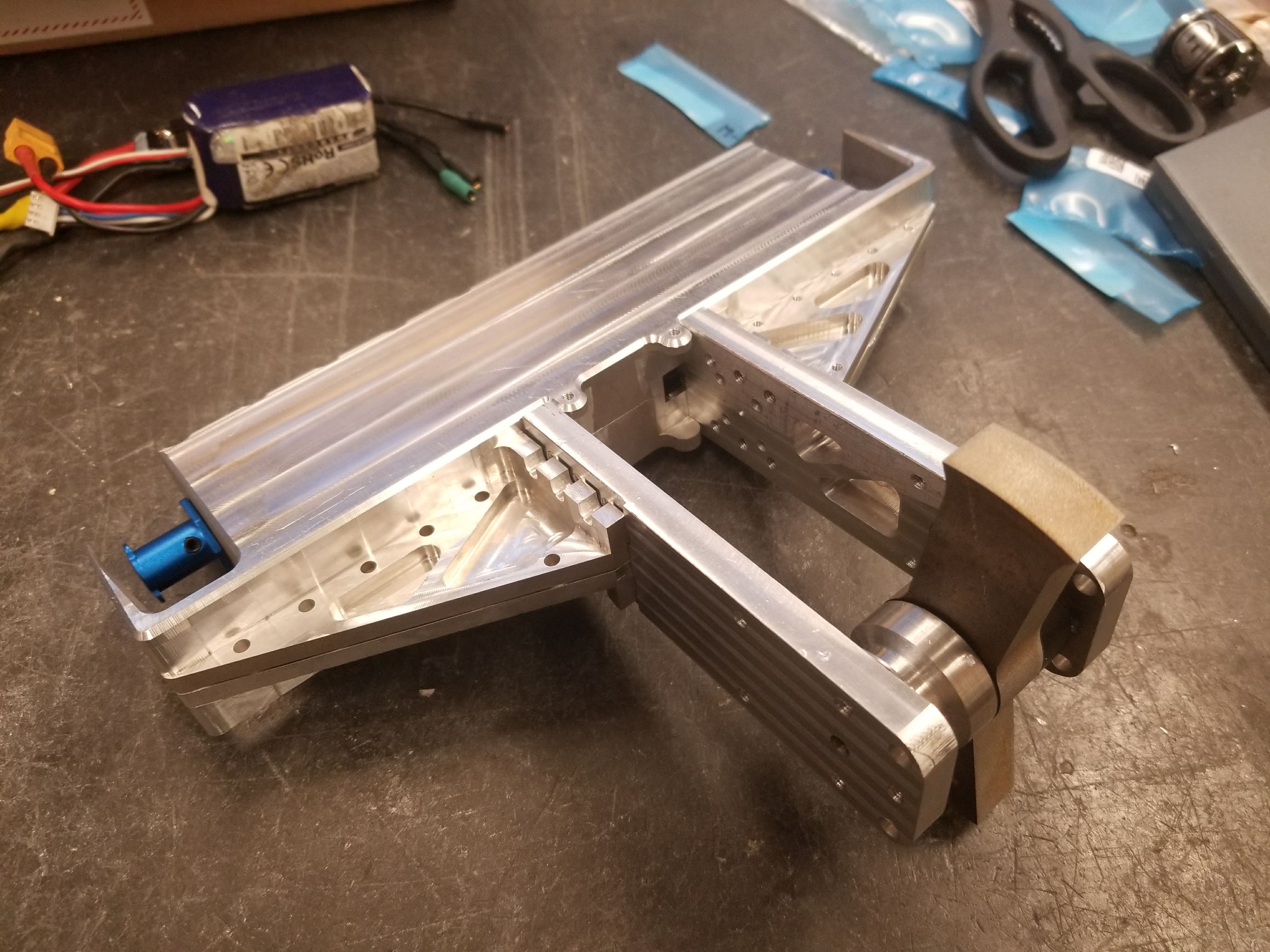 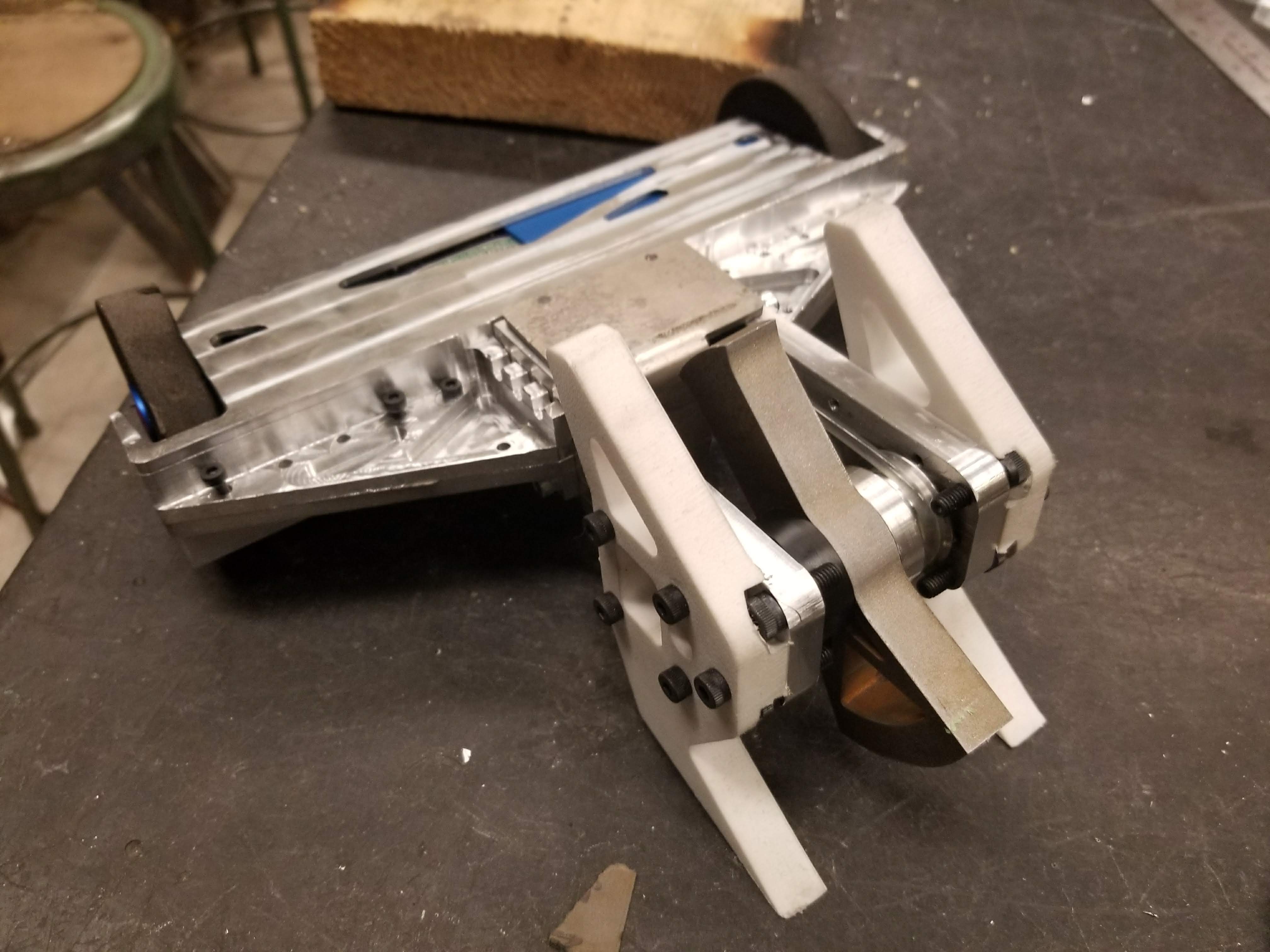 The final robot bolts together with 32 screws in total. It takes a while to assemble, but it ensures that stripped screws won’t decommission the robot.

The final robot ended up exclusively fighting wedge robots at MassD, so I never got a chance to test out its durability. I did learn a lot of lessons in the process, though - the next version should turn out quite well!