The fastest pitch on record was 105mph. It’s amazing that a human body threw something that quickly - but it’s stranger that the human body did it with a “mechanism” that looks completely unfit for the job. How does a 3DOF arm with high distal mass throw something this quickly? How is baseball still boring despite this incredible feat?

I took a class on Biomimetics for fun this semester; my group decided to tackle this problem for our final project. Asides from physically building an arm capable of pitching a ball, we also wanted to find what kinds of trajectories could most effectively use all three degrees of freedom. 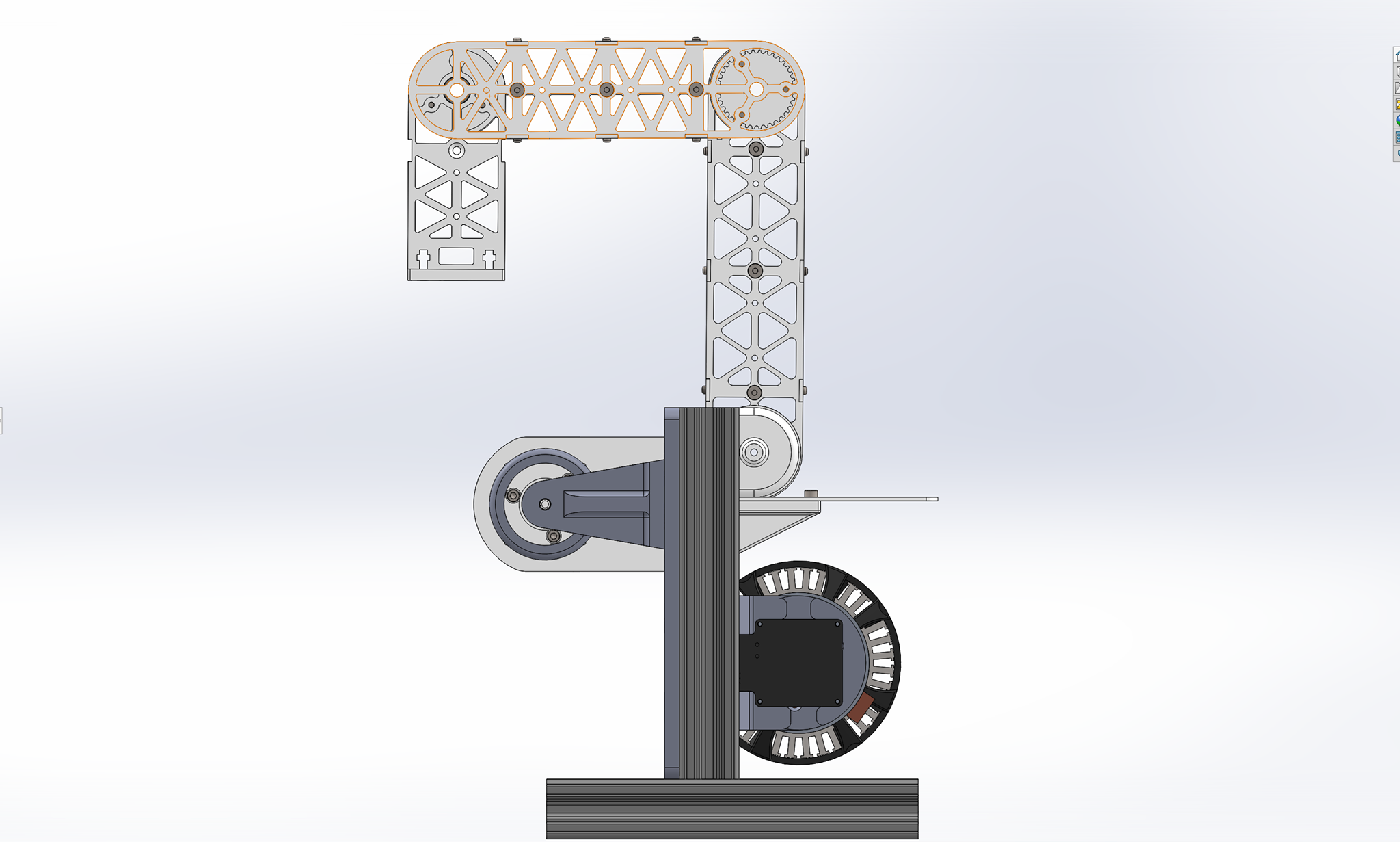 A human arm has some interesting optimizations that reduce distal mass. Large muscles are located near the base of the arm (i.e the shoulder muscle and biceps) and use tendons to move their respective joints. We decided to mimic this structure by placing all of our motors offboard and using belts to drive the actual joints. The actual arm is nothing but a lightweight network of trusses and belts. 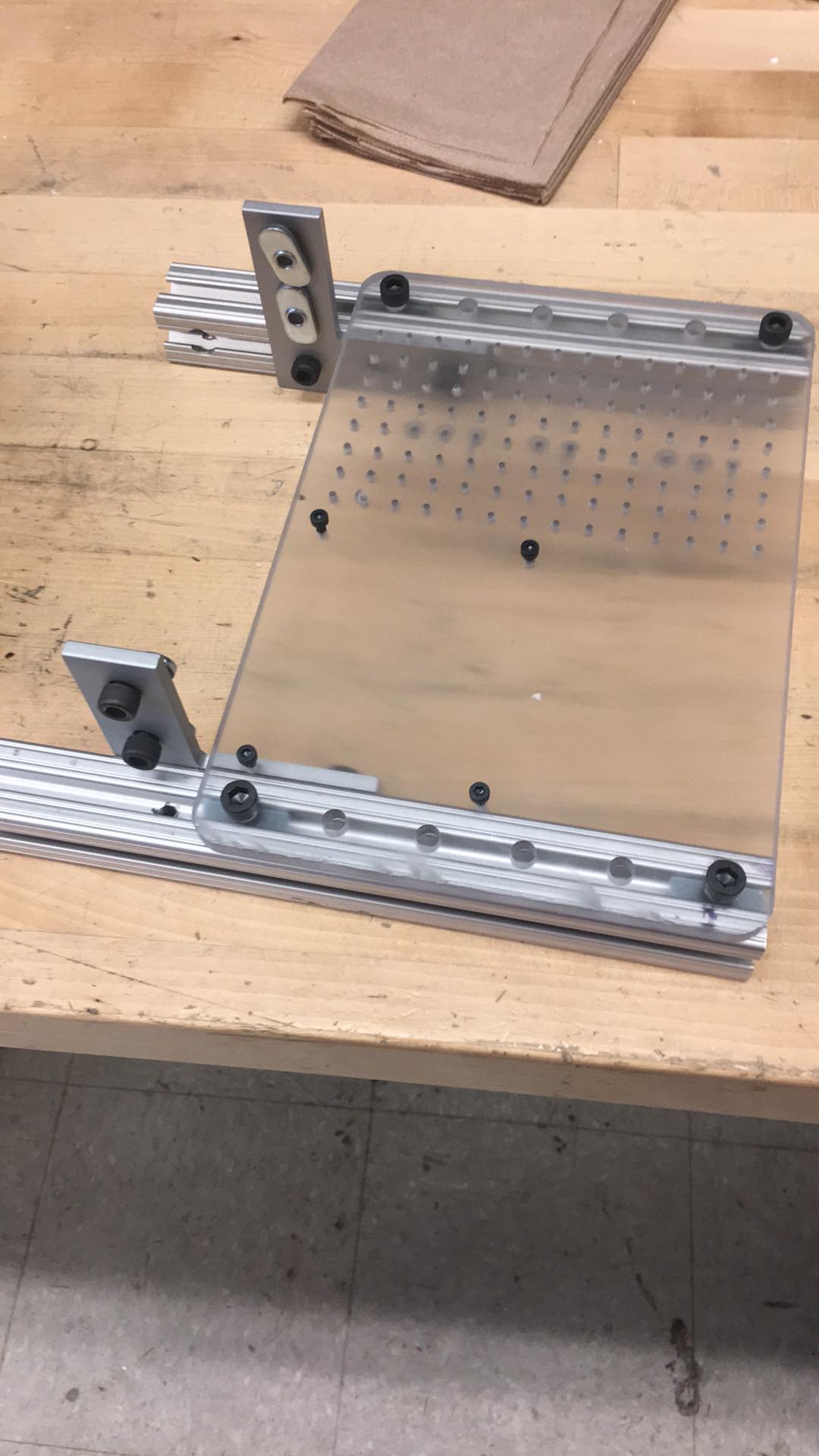 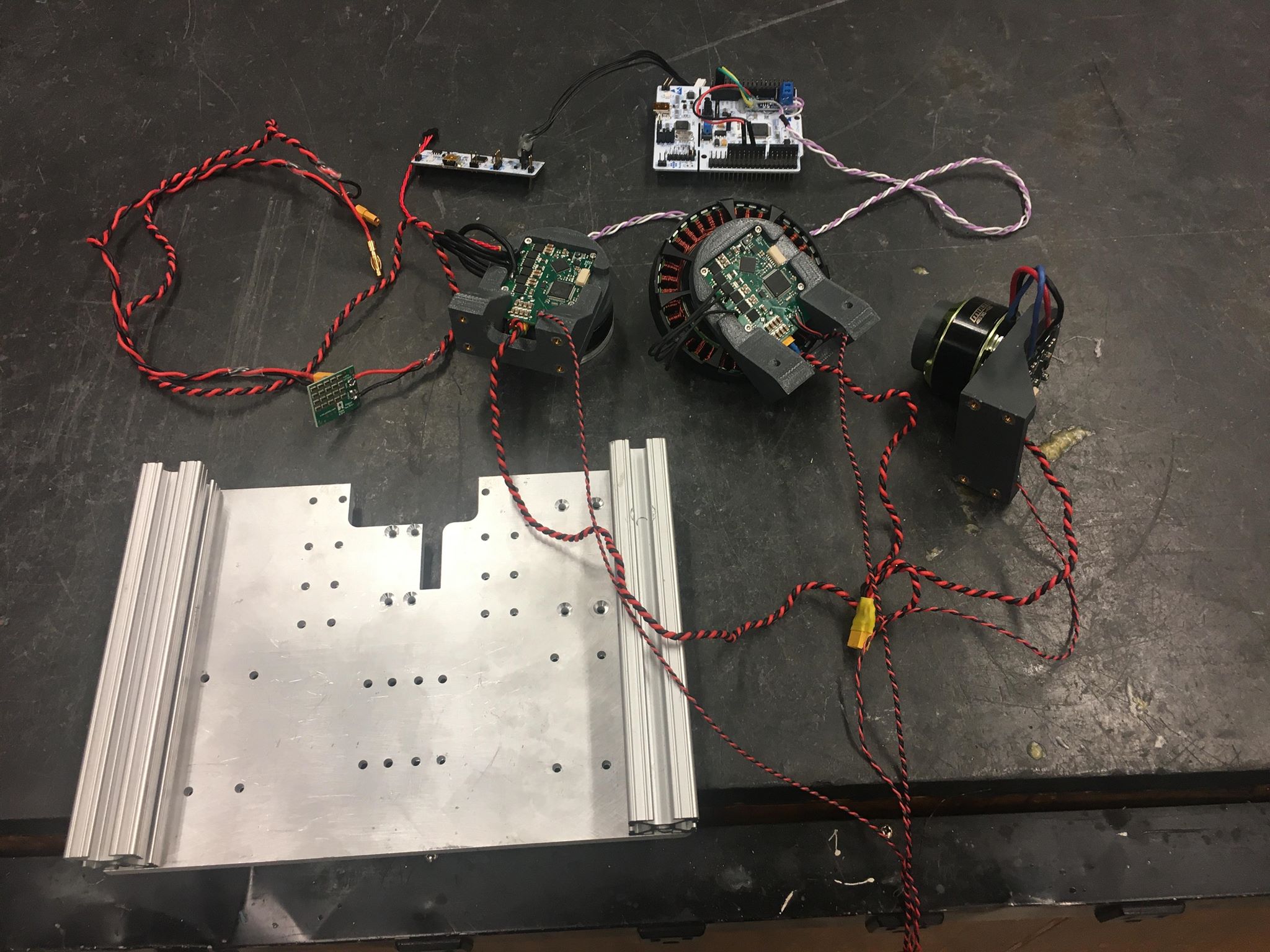 The robot ended up being a mixture of waterjet PC and 3D-printed parts mounted on an aluminum base. The motors are being driven by custom motor controllers made by Ben Katz and operate as PVT servos. 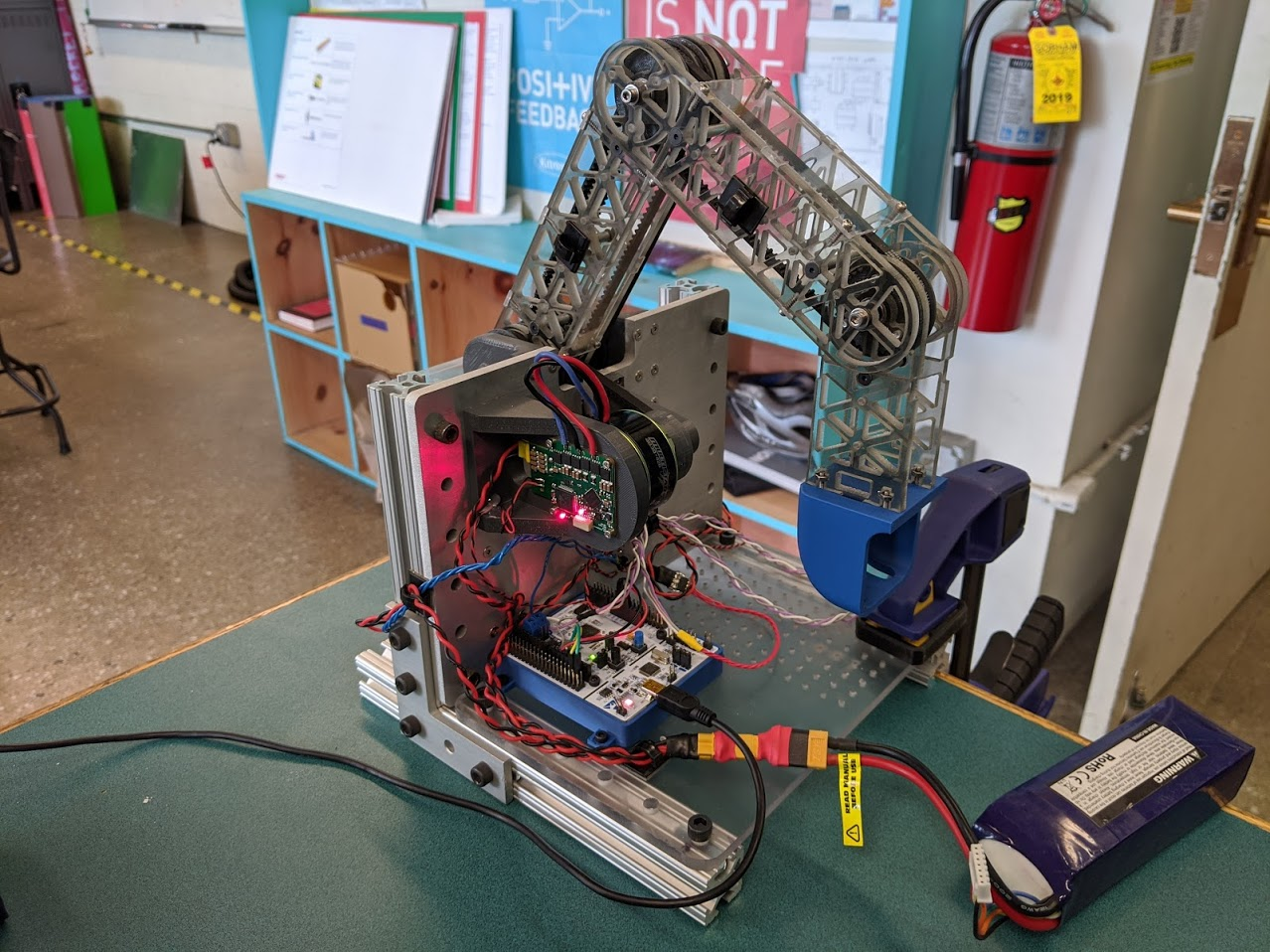 As every engineer knows, style is the most important part of every design. The final robot operates off a single LiPo and doesn’t have any breadboard wire spaghetti in sight.

A custom lagrangian-based simulator was used to simulate the system; CasADi was used to optimize our final trajectories. 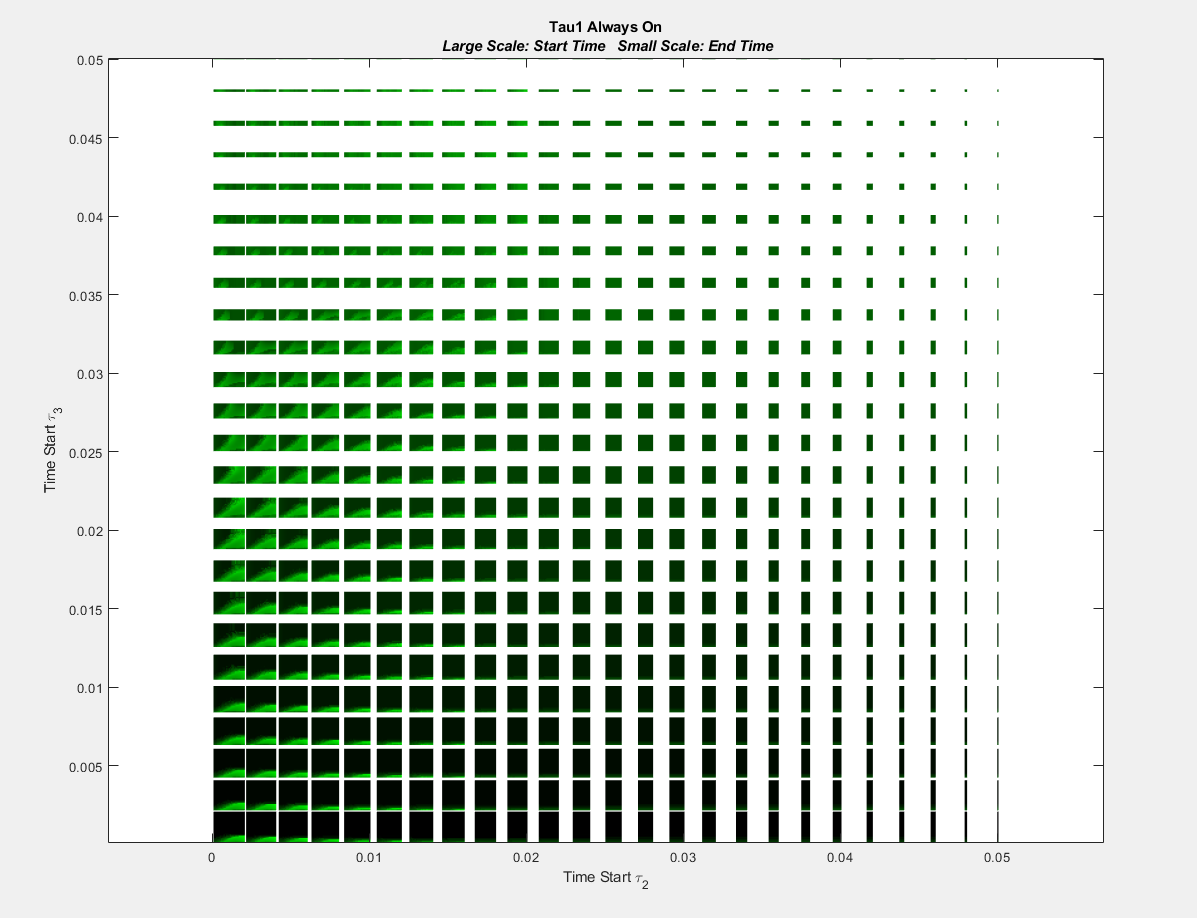 To figure out what a “good” trajectory looks like, we also performed a brute-force state-space search across all start-stop times for elbow and wrist torques. This strange fractal heatmap graph gives some intuition into how throwing works. The large scale graph indicates joint torque start time while the small scale graphs show end times. Effective trajectories use more distal torques near the end of the trajectory to produce a “whipping” motion. This shouldn’t be too foreign for anyone who’s ever thrown something. 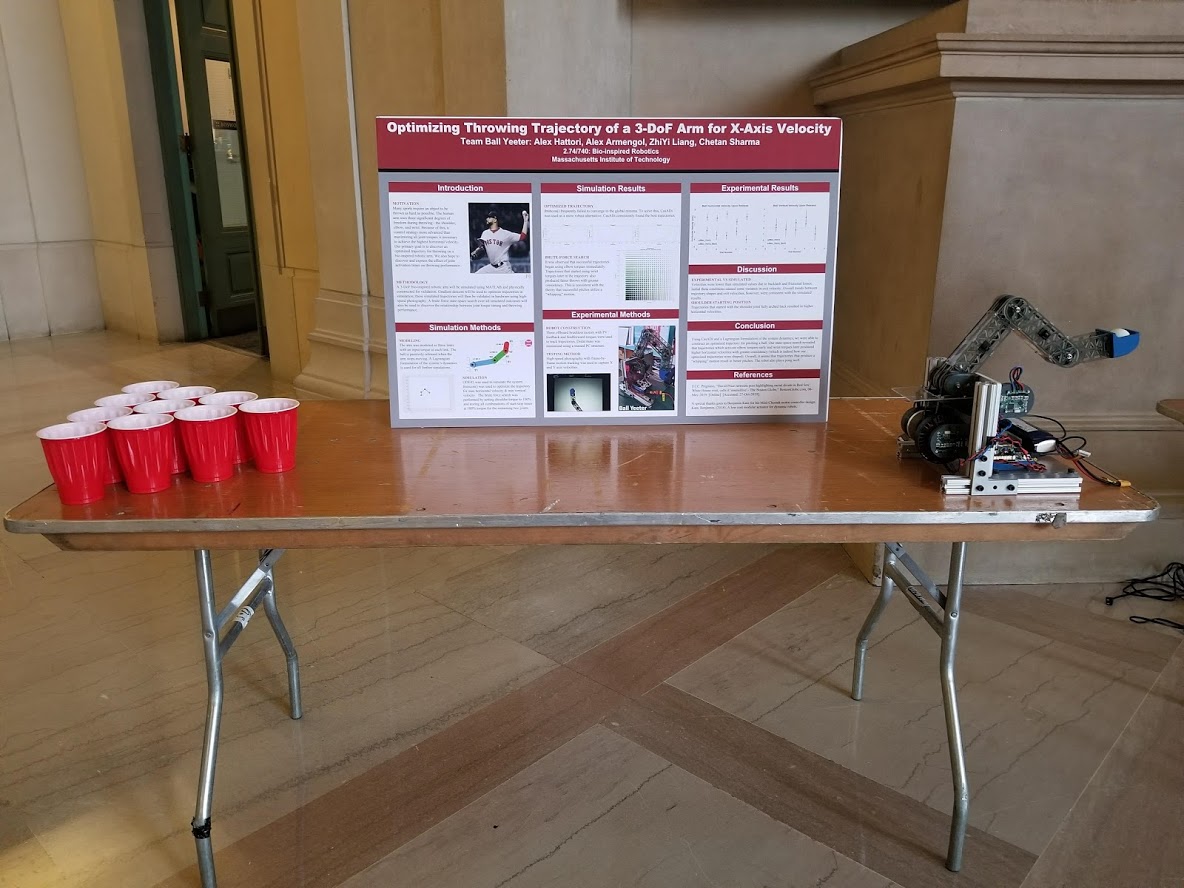 The robot proceeded to enjoy its college years.